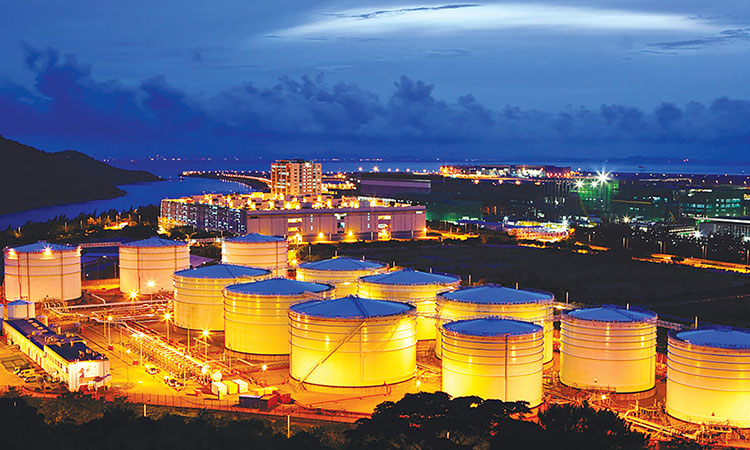 Wastewater treatment operations may encounter some unexpected conditions such as process failures, storm−water overflow, fire−fighting, leakages and other upsets, that result in large volumes of accumulated wastewater. The most common solution for treating such accumulated water is to gradually drain it into the main water treatment process. This solution is often very costly as it requires a long term storage arrangement and extra costs due to the extra volumes. Furthermore, it can often lead to operational difficulties due to the additional capacities and the different contaminants composition that may lead to systems overload.

One of the largest crude−oil refineries in South Africa encountered a plant upset that resulted in 5,000 m3 of highly contaminated wastewater. For several months, the water was stored in a storage tank within the plant. Due to the high contamination level which specifically included a high concentration of phenols, the water could not be drained into the municipal sewer. According to the plant’s production manager: “we were determined to find a solution that would not only treat the water, but would be a cost-effective and environmentally-responsible”. 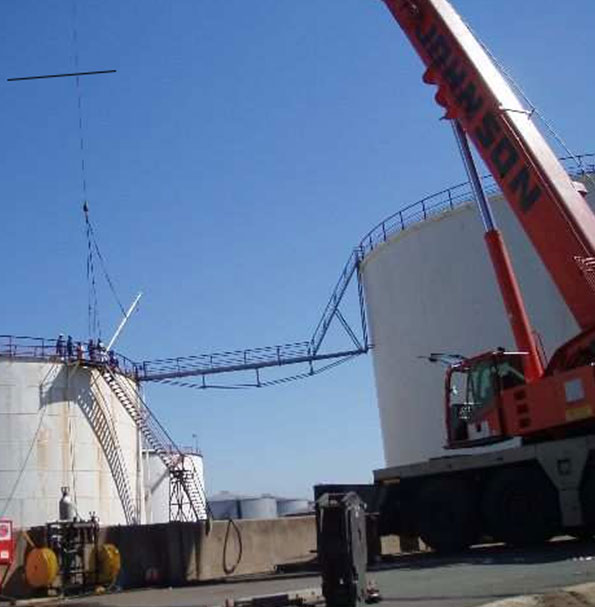 BPC’s innovative biological method for wastewater treatment is known as the Automated Chemostat Treatment (ACT). This new biological concept is based on maintaining a pre−selected bacterial “cocktail” at a stable and low concentration, while monitoring the system with a fully automated control unit.

Considering the volume (5,000 m3) and the high contamination level (especially the phenols concentration), as well as the current infrastructure, the client’s requirements and the space restraints, it was decided to treat the water separately from the other wastewater streams, and directly inside the tank in which the water was initially stored. This option ensured that the overall levels of the discharged water were stable and constant, so once the water was treated, it could be directly discharged in one batch.

As a preliminary step, the client’s water was sampled and analyzed in BPC’s laboratories in order to develop optimal biodegradation. The lab analysis was performed in two stages:

In the first stage various water parameters, such as Ammonium, Nitrate, TOC, Oil & Grease, TSS, pH, COD, were measured in order to determine the water contamination level and its biodegradability. In the second stage the bacterial activity was characterized and the optimal conditions identified in these experiments were applied in further implementation. The results of this preliminary analysis were presented to the client in a detailed report that included comparison values of all measured parameters and associated treatment protocols, cost and time frame estimation, and a full P&ID. The effect of BPC−ACTTM biodegradation on the client’s water samples is demonstrated in Table 1 shown below.

Upon completion of the laboratory analysis BPC has erected a full implementation. The tank, in which the 5,000 m3 water was stored, was turned into a bioreactor.

After approximately two weeks, the project was successfully completed and the contamination level was decreased to the acceptable discharge levels. Furthermore the level of the biomass formed during the biodegradation process was lower than the discharge requirement. This allowed disposal of the water to the municipal sewer without any separation of the sludge. 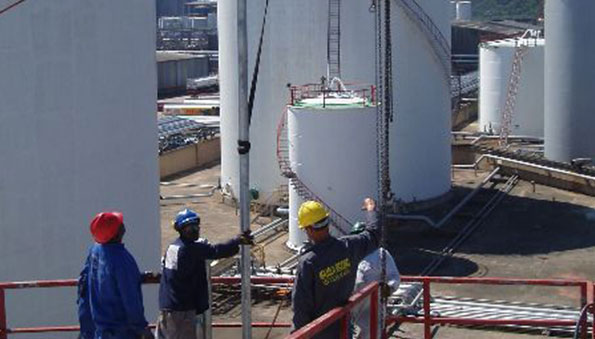 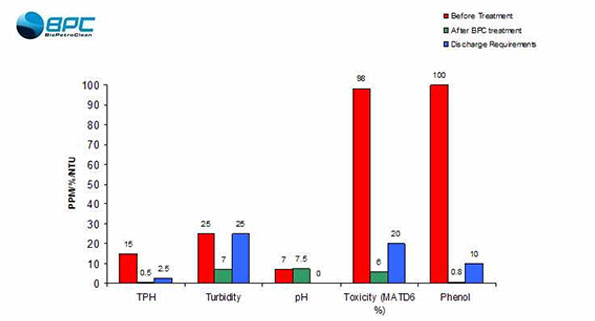 As shown in graph, the contamination levels were reduced to government discharge requirements. The main challenge the client encountered in the treatment of this accumulated water was the phenol level. The implementation of the BPC−ACTTM technology resulted in a significant phenols reduction from 100 ppm to below 1 ppm, exceeding the required level for discharge (10 ppm). Similarly, TPH was reduced significantly below regulation levels, from 15 to <0.5 ppm, again lower than the required levels. The turbidity was reduced from 25 NTU to 7 NTU, while COD was 95% reduced from 2000 to 100 ppm

At the beginning of the process, the local EPA agents tested the wastewater for toxicity levels (MATD6 testing). This analysis is used to determine the overall quality of the water. It is done by measuring the toxic effect of the bulk water on different organisms. The organisms are exposed to increasing concentrations of the tested sample and their ability to survive, grow, and reproduce is empirically measured. This test is an additional indication for the successful treatment of BPC−ACTTM as the toxicity was decreased from 98% to 6% by the end of the biological treatment (less than half of EPA discharge requirements).

The Valuable Contribution of BPC

BPC’s approach for the challenges the client has encountered with the 5,000 m3 of highly contaminated water was simple and elegant. The one−time service performed at the client’s site was advantageous for the following reasons:

A few months after the completion of this one−time service, the client has approached BPC with a request to treat additional 10,000 m3 of wastewater. This water again was accumulated due to an unexpected upset, and included a high level of phenols. Once again, the BPC− ACT technology proved to be very efficient and the water contamination parameters exceeded the legislative requirements. It is worth noting that the time frame in the second project was significantly shorter. Following the two successful one−time projects, the client was very pleased with the system’s performance and decided to hire BPC to build a full on−going system.

Wastewater treatment operations often encounter the challenge of treating highly contaminated water that has been accumulated unexpectedly. In these cases, the disposal of such water can bring up logistic and operational problems, as well as an economical burden. As an efficient and cost effective alternative to existing options, BPC offers a one−time service for cleaning this water at the customer’s site. This case−study describes the successful implementation of such a one−time service in one of South Africa’s largest refineries. Thanks to BPC’s innovative biological concept, based on maintaining a pre−selected bacterial “cocktail” at a stable and low concentration, while monitoring the system with a fully automated control unit, the final contamination level was extremely low.

Considering the satisfying results of this one time service, the customer is now interested in a full on−going system of BPC−ACTTM.

Digital technology has made our world more transparent and interconnected, posing new challenges and opportunities for every business. A holistic, user-centric perspective is what truly sets one apart. together for the first time. We provide elegant solutions.

We Will Be Useful to You

From the designers and engineers who are creating the next generation of web and mobile experiences, to anyone putting a website together for the first time.

Digital technology has made our world more transparent and interconnected, posing new challenges and opportunities for every business. As your budget progresses and evolves, continue referring to your SMART objectives. Stay focused and remember your goals – they will always inform what your next step will be!

As your budget progresses and evolves, continue referring to your SMART objectives. Stay focused and remember your goals – they will always inform what your next step will be!

BioPetroClean™ is a cleantech company specializing in biological wastewater treatment . . .